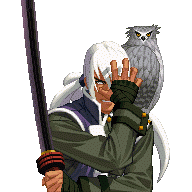 3DMaster
2019 Mar 15 in Technical Support
So I finally after some experimenting managed to get the Neural Upscale textures working in Doomsday, however, although they show up, they often produce a white edge around it: It's not just the moving enemies either: Nor is it just the enemies: Weirdly however, the Hexen Neural upscale uploaded right here on this Doomsday forum does not suffer the same problem: So I don't know whether Doom's Neural upscale are just not good (which begs the question why no one mentioned this using gzdoom), or there is something else going on with Doomsday itself.

Anyone any thoughts on this?

(Also, I had to go to the manual to refresh my memory on how to make screenshots, and stumbled upon "renderer" settings, the screen shot shows both "renderer" and "3D and VR"; neither of those options show up in my 2.2 990 build of Doomsday and I don't remember seeing them, not for a long time at least. Are they just not present in the current builds or is something going wrong?)