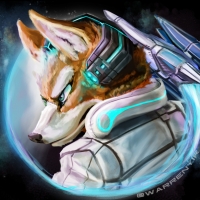 YFM
2020 May 23 in Technical Support
Greetings, everyone, I'm new in this forum.

I'm asking for your help to solve two problems:

1. Any version of Doomsday Engine after the 1.14.5 doesn't display light effects in most elements, as an example, this image:

Notice that in the 1.14.5 version this light effect in the structure's eyes light up, while in the last version, it doesn't. That's one of my problems. I haven't wanted to update it to any other version after 1.14.5 because such effects do not show in many other elements in the game. Do I need to turn on or activate something? Is it that the following versions to 1.14.5 don't display that light effect? I attach the doomsday.out file according to what is requested.

2. My second problem is simpler: one of the Addons I'm using (which used to be available in your page some time ago) are music files .pk3 called d1music, d2music, plmusic and tntmusic, which is a mix of the game's music. When I try to upload the music in the 2.2.2 version, it doesn't play, but I hear the original music, while, again, in the 1.14.5 version it does.

Thanks for your help, please if you need further information, let me know.
doomsday.txt 44K