Stereoscopic mode is not quite adjustable 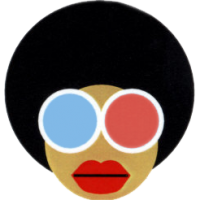 I just downloaded doomsday engine again after many years and was thrilled when I saw the new "3D & VR" setting in the menu. As a fan of stereoscopy I immedately tried it, but I have to say that in its current state it's not possible to tune it right.
There's no way to adjust convergence. It's only possible to adjust the separation level (named ipd here) coupled with a very high fixed convergence level that puts the distance to screen depth and everything else closer than that.
This is not right for 3D displays. Maybe it's okay for VR, I have no experience with that, but for monitors or TV's it's incorrect. The distance should be behind the screen. Think of it this way: imagine the two cameras representing the picture for the two eyes. Two things must be adjustable: 1.) The angle of those two cameras relative to each other, and 2.) The distance between those two cameras.

Thanks for all the great work so far, by the way, keep it up